I’ve seen, and done, a lot over the past four decades of working life.

I helped to create a bunch of value for interested parties several times over… fell short on a few other attempts at same, and twisted a metaphorical ankle, (painfully), on more than one occasion along the way. 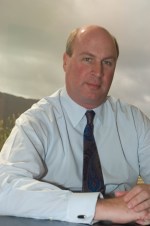 I don’t think that it’s too bold to suggest that what I’ve learned in the process might be of some value to you and your business. You’ll be the judge.

I know a fair bit about the business of technology, and the engines of innovation that drive it.

I’ve used many of the most important business tools and model frameworks (to good effect), but know that, in the end, success is all about those warm squishy things called human beings.

I’ve been in the center of a decade long doubling growth run up to a $1B+ top line, and experienced, first hand, the pain of down-sizing from a tiny fraction of that.

I drove major M&A transactions, and more importantly, helped ensure integration success. I structured a $100M strategic partnership with one of the world’s leading technology companies.

I’m perhaps just a bit too young to be truly wise, and a bit too old to believe that I have ideas never before heard, or ones of iridescent brilliance.

I’m just a guy who enjoys sharing what I’ve got with people who want to do their best. You might be one of those. If so, let’s have a conversation. People I’ve worked with over the years have told me I’m pretty good at it. Maybe I can help. And maybe we can have some fun along the way.